IMSA has issued some heavily revised 2020 schedules for all their racing series, including the IMSA WeatherTech SportsCar Championship.

The changes are, of course, down to the COVID-19 situation, which has resulted in the IMSA series not racing since the opening round at Daytona back in January.

Daytona will restart the season, when the series returns on track on 4 July. That is by running a 2-hour-and-40-minute race.

The cars will race again just two weeks later at Sebring, which is another 2 hours and 40 minutes. Two weeks later is Road America, which is the first event on its originally planned date, since the opening round. VIR as also kept its original date towards the end of August – a weekend that has turned in to Indy 500 weekend too.

WeatherTech Raceway Laguna Seca was moved to the start of September, so the IMSA teams would be able to travel to France for Le Mans. Both Porsche and Corvette Racing have previously pulled their entries, but IMSA sticks to 6 September, since Performance Tech Motorsports, WeatherTech Racing, Rick Ware Racing, GEAR Racing and Risi Competizione still plan on racing in France.

Three weeks later, the weekend post-Le Mans, there will be a race at Mid-Ohio Sports Car Course.

That is the start of some very busy weeks. On the weekend following Mid-Ohio is the 6 Hours at Watkins Glen, that counts towards the Michelin Endurance Cup. Two weekends later it’s 10 hours at Road Atlanta. Two weeks later, 2 hours and 40 minutes at Lime Rock Park – before the season finale runs on 14 November with the 12 Hours of Sebring, that was postponed from March.

That makes it a total of 33 hours and 20 minutes in just one and a half month for the GTD and GTLM teams, while the DPi teams have 30 hours and 40 minutes of racing to do. The LMP2 teams will have the “easiest” job of them all, since they will only participate at Watkins Glen, Petit Le Mans and Sebring, resulting in 28 hours of racing.

But no doubt that this will be some tough months for the drivers, and not the least all the mechanics.

That could very well be another reason for the American teams choosing to stick to the USA, instead of adding another 24 hours of racing plus all the other running in France. 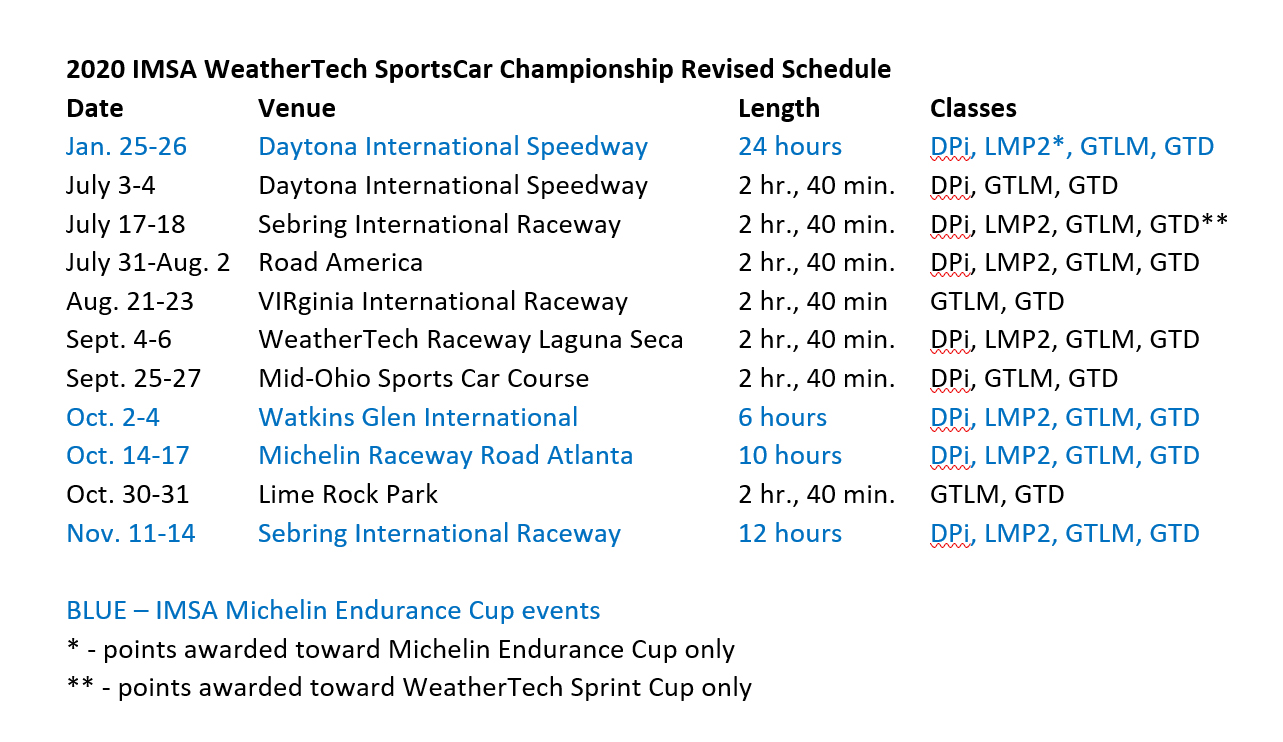